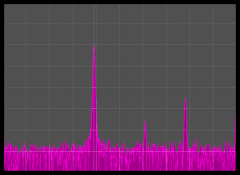 The United States Department of Defense defines a TSCM survey as a service provided by qualified personnel to detect the presence of technical surveillance devices and hazards and to identify technical security weaknesses that could aid in the conduct of a technical penetration of the surveyed facility. A TSCM survey will provide a professional evaluation of the facility's technical security posture and normally will consist of a thorough visual, electronic, and physical examination in and about the surveyed facility.

This definition is however lacking some of the technical scope involved. COMSEC (communications security), ITSEC (information technology security) and physical security are also a major part of the work in the modern environment. The advent of multimedia devices and remote control technologies allow huge scope for removal of massive amounts of data in very secure environments by the staff employed within, with or without their knowledge.

Why you need to be protected ?

According to the experts in the field of Technical Surveillance Counter Measures (TSCM), Bug Sweeps, Wiretap Detection, etc., the manufacture, sale, installation, and monitoring of illegal surveillance devices is a multi billion underground industry. It is reported that in the United States over six millions dollars worth of surveillance devices are sold to the public each day. Most of these products are sold from storefront operations, spy shops, attorneys, and via private investigators located in major metro areas such as New York, Miami, Los Angles, San Francisco, Dallas, Chicago, and Minneapolis. This does not include the tens of billions spent each year for legitimate eavesdropping products purchased by law enforcement, military, and intelligence agencies. The majority of this equipment is illegally imported from France, Germany, Lebanon, Italy, Canada, Israeli, England, Japan, Taiwan, South Africa, and a host of other countries. Additionally, anyone with a soldering iron and a basic understanding of electronics can build and install an eavesdropping device. The raw materials to build such a device may be easily obtained at a component supplier or salvaged from consumer electronic devices such as cordless telephones, intercom systems, and televisions.

This equipment is commonly sold over the counter, via mail order, and through the Internet. Most of these bugging devices cost only a few dollars, but highly sophisticated, quality products may be purchased for less than one thousand dollars.  In New York City alone there are over 85 companies which will not only sell you the eavesdropping device, but will break into the targets office to install the device, and for an additional fee will provide a monitoring and transcription service.

The FBI and other federal law enforcement agencies have repeatedly indicated that they lack the resources and training to enforce or properly investigate the technical security threat within the United States.

According to the Experts, these are the following signs of covert eavesdropping or bugging:

What are bugging devices?

A "Bug" is a device which is placed in an area which then intercepts communications and transmits or conducts them out of that area to a listening post. The eavesdropper can be just a few feet away from the victim, hundreds of feet, or even miles depending on the kind of bug used. There are five primary categories of "Bugs": acoustic, ultrasonic, RF, optical, and hybrid.  An RF (or Radio Frequency) Bug is the most well known type of bugging device. A radio transmitter is placed in an area or in a device. It is extremely easy to detect, but cheap, disposable, and difficult to trace back to the person who planted it.

There is no magic ‘black box’ which detects all the bugging devices fast and simultaneously. Each category needs certain equipment and procedures to be detected and found. Protect 1205 can help in searching for RF devices.  According to the way of broadcasting, they can be divided as follows:

Most bugs transmit information, whether data, video, or voice, through the air by using radio waves. The standard counter-measure for bugs of this nature is to search for such an attack with a radio frequency (RF) receiver. Lab- and even field-quality receivers are very expensive and a good, working knowledge of RF theory is needed to operate the equipment effectively.

Devices that do not emit radio waves

Instead of transmitting conversations, bugs may record them. Bugs that do not emit radio waves are very difficult to detect, though there are a number of options for detecting such bugs.

Very sensitive equipment could be used to look for magnetic fields, or for the characteristic electrical noise emitted by the computerized technology in digital tape recorders; however, if the place being monitored has many computers, photocopiers, or other pieces of electrical equipment installed, it may become very difficult. Older analog equipment is even more difficult to detect.

Another method is using very sensitive infrared cameras to detect waste heat of a bug, or different thermal conductivity of a place where it is hidden after briefly chilling the surface of the object with, for instance, liquid nitrogen.