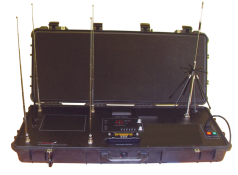 Unlike other forms of intelligence collection disciplines, espionage usually involves accessing the place where the desired information is stored, or accessing the people who know the information and will divulge it through some kind of subterfuge. There are exceptions to physical meetings, such as the Oslo Report, or the insistence of Robert Hanssen in never meeting the people to whom he was selling information.

The US defines espionage towards itself as "The act of obtaining, delivering, transmitting, communicating, or receiving information about the national defense with an intent, or reason to believe, that the information may be used to the injury of the United States or to the advantage of any foreign nation. Espionage is a violation of United States law, 18 U.S.C. § 792–798 and Article 106 of the Uniform Code of Military Justice". The United States, like most nations, conducts espionage against other nations, under the control of the National Clandestine Service. Britain's espionage activities are controlled by the Secret Intelligence Service.

Espionage is usually part of an institutional effort (i.e., governmental or corporate espionage), and the term is most readily associated with state spying on potential or actual enemies, primarily for military purposes, but this has been extended to spying involving corporations, known specifically as industrial espionage. Canada is losing $12 billion a year due to industrial espionage.[5] It is estimated that German companies were losing about €50 billion ($87 billion) and 30,000 jobs to industrial espionage every year.[6] Many nations routinely spy on both their enemies and allies, although they maintain a policy of not making comment on this. In addition to utilizing agencies within a government many also employ private companies to collect information on their behalf such as SCG International Risk and others. Black's Law Dictionary (1990) defines espionage as: "...gathering, transmitting, or losing...information related to the national defense".